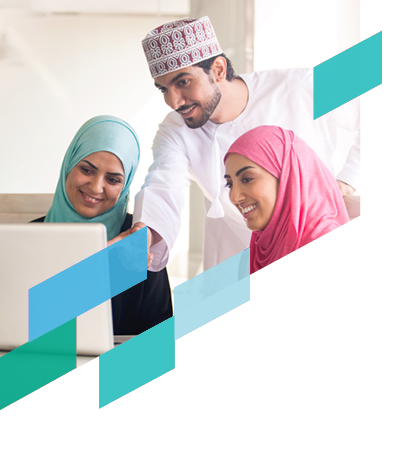 Masader will connect Oman’s academic community to some of the finest digital resources in the world, contributing to vital research activities across the Sultanate.

Masader is the brand name of the Oman Virtual Science Library, which provides seamless and affordable access to a wealth of global research material. Membership of the Oman Research and Education Network (OMREN) makes Masader available to universities, technical colleges, and other Oman-based institutions engaged in education and scientific research.

Material is drawn from the world’s great libraries, content aggregators, and publishers, with all resources accessible from a single entry point. More than just a means of collating electronic resources – from full-text materials to databases, media, and catalogues – Masader also provides user assistance such as training and technical assistance.

Masader is designed to empower the research activities of academics, university students, and other public and private sector researchers.

How did Masader come about?

Before the establishment of Masader, Oman’s only major digital research resource tailored to the academic community was at the main library of Sultan Qaboos University. But with more than 40 other universities and technical colleges across the country, there was a clear case for creating a centralised national resource that could give all academics, researchers, and students the access they need to conduct high-calibre global research. This is an important element of the knowledge economy which Masader is helping to build.

Consequently, TRC assembled a dedicated project team to achieve this objective. The outcome was Masader – Arabic for ‘sources’. An initial proposal for the project was drafted in 2009, with advice sought from international experts. TRC’s Steering Committee was formed in May 2013 and the first technical trial was completed a year later. Further trials followed in 2015, and budget approval was subsequently granted to begin building the website, search engine, technical resources, and content.

What do we mean by a ‘knowledge economy’?

In a knowledge economy, growth is dependent on the quantity, quality, and accessibility of the information available, rather than the means of production.

In the broader sense, the knowledge economy is a system of consumption and production that is based on intellectual capital, which in developed countries makes up a large share of all economic activity. As the global economy has moved to being largely synonymous with the knowledge economy, the transition has incorporated best practices taken from the service-intensive, manufacture-intensive, and labour-intensive types of economies.

At the same time, it has added knowledge-based factors to create an interconnected and globalised economy where sources of knowledge such as human expertise, specialist technology, and intellectual resources are crucial players in economic growth, and are considered as important as other economic assets.

Masader will connect Oman’s academic community to some of the finest digital resources in the world, contributing to vital research activities across the Sultanate.